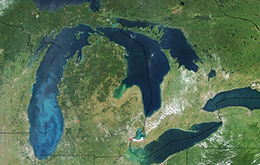 NACWA submitted comments on March 14 on EPA’s proposed Public Notification Requirements for Combined Sewer Overflows to the Great Lakes Basin, recommending that EPA make the requirements more practical for utilities to implement.  EPA was mandated in its Fiscal Year (FY) 2016 appropriations bill to develop these requirements, with implementation of the new requirements by December 2017.

NACWA asked the Agency to revise the proposal to more closely conform with the requirements set out in the appropriations bill.  In particular, EPA expanded the scope of the utilities affected by the requirements to all those in the “Great Lakes Basin,” rather than those with CSO discharges into the Great Lakes as defined in the bill.  The bill also did not specify timing for notifications, and EPA proposed that utilities notify local public health departments and the public within four hours of becoming aware of a combined sewer overflow (CSO).  NACWA asked EPA to apply the rule only to CSO discharges into the Great Lakes and to allow 24 hours for initial notifications.

The proposal also contained requirements for supplemental notifications that would include CSO volume, and annual reports.  NACWA’s comments explained the implications of these requirements for utilities, including the time and costs to implement them, which are much higher than estimated by EPA.   NACWA will continue to work with its member agencies with CSO discharges into the Great Lakes to provide input to EPA as the Agency develops the final rule.