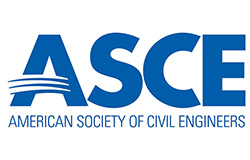 The American Society of Civil Engineers (ASCE) held a press event March 9 to release its Infrastructure Report Card for the nation. This report card is issued every four years, and its results are widely reported in the press.  This year, the wastewater sector received a D+, which was the average grade across all types of infrastructure and reflects a very modest improvement compared to the D received by wastewater on the previous report card four years ago. The report notes that over 56 million new users will be added to centralized wastewater treatment systems over the next 20 years, indicating the need for continued investment.  Drinking water infrastructure remained at a grade of D.

The report card helps draw attention to the infrastructure gap that exists across the county. Its timing is particularly relevant this year given the heightened attention that infrastructure is receiving from the Administration and Congress.