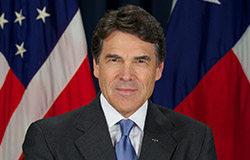 This week NACWA sent a letter to Rick Perry, newly-confirmed Secretary of the Department of Energy (DOE),  congratulating him on his confirmation and requesting a meeting to discuss the interests of the Association’s public utility members—the Senate confirmed Perry on March 2 with a vote of 62-37.

NACWA’s letter to Perry emphasized the potential of utilities to recover the energy embedded in wastewater, which improves infrastructure resiliency and contributes to the nation’s energy independence.  NACWA also discussed the role of energy efficiency in helping utilities move from energy-intensive operations to energy-producing facilities, with programs offered by DOE’s Office of Energy Efficiency & Renewable Energy assisting some utilities improve their energy efficiency.