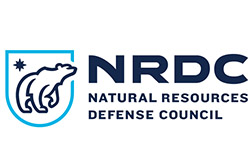 The Natural Resources Defense Council (NRDC) filed two lawsuits late February in the US Court of Appeals for the Fourth and Ninth Circuits, alleging that the EPA broke the law by denying residual designation authority (RDA) petitions asking for greater EPA control over stormwater runoff.

In October 2016, EPA Regions 9 and 3 denied the 2015 petitions filed by NRDC, American Rivers, the Clean Air Council, and local Waterkeeper groups. The petitions demanded that EPA exercise its RDA to permit private commercial, industrial and institutional sites whose unpermitted stormwater discharges are contributing to violations of water quality standards in the Dominguez Channel and Los Cerritos watersheds in Los Angeles, CA and the Back River and Amy Creek Watersheds in the mid-Atlantic.

NACWA will closely track this litigation and report developments to membership.