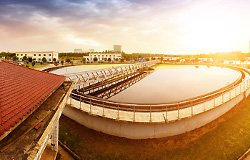 The U.S. Court of Appeals for the District of Columbia Circuit ruled on February 28 that it lacked jurisdiction to consider a challenge to a decision by the EPA related to blending and bypasses.

The case, Center for Regulatory Reasonableness (CRR) v. EPA, involves a 2013 decision by the Eighth Circuit in Iowa League of Cities v. EPA, which struck down the Agency’s efforts to regulate blending through an application of secondary treatment limits internal to the treatment plant before the final point of effluent discharge.  EPA subsequently indicated that it believes the decision applies only in the Eighth Circuit, and that it will apply the decision elsewhere in the country on a case-by-case basis.

The DC Circuit litigation challenged the Agency’s refusal to apply the Iowa League decision nationwide. The court denied CRR’s petition, finding that it did not have jurisdiction to review EPA’s statement on application of the 8th Circuit decision:

CRR has seven days to file a petition for rehearing.

The DC Circuit’s ruling is a procedural decision. NACWA was not a party to the litigation and did not choose the venue. However, the Association filed an amicus curiae brief to provide a critical national utility perspective on the important substantive issue of blending. The Association's position is that (1) blending, when done consistently with the design and operation of a treatment plant, is not a bypass and that (2) EPA has no legal authority to apply secondary treatment requirements internal to the plant or dictate what kinds of treatment techniques are used within the plant's boundaries, including the use of blending.

The court did not reach the merits of the case. Thus, EPA’s authority to regulate blending outside the Eighth Circuit remains an open judicial question.  NACWA will remain engaged on this issue moving forward with the EPA and in litigation where appropriate to preserve blending as an important treatment option for clean water utilities.