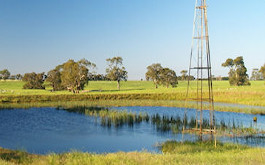 President Trump signed an order February 28 directing EPA to begin the process of repealing the Clean Water Rule, also known as the “Waters of the United States” rule.  Following the President’s action, EPA Administrator Scott Pruitt indicated that he intends to move forward to repeal and replace the Clean Water Rule within the next 60 days.


While the move to get rid of the Rule has been anticipated, the process to determine what regulations may replace it now become much more important.  Under the rules of administrative procedure, EPA must provide a public notice of its intent to remove the rule and its reasons for doing so.  Any new language on Clean Water Act jurisdiction proposed by EPA to replace the old rule will have to be public noticed as well.

EPA's actions to repeal the Clean Water Rule and replace it with new language are subject to legal review, and environmental activist groups have already made clear they will aggressively litigate against efforts to make any changes to the rule.  It is therefore likely that changes to the rule will be tied up the courts for the foreseeable future.  This will have no practical impact on municipal clean water agencies, since the existing Clean Water Rule has already been stayed by the courts.  But any litigation over the repeal of the rule may mean that the ultimate fate of the regulation will be unclear for some time.

NACWA was closely engaged with EPA during the development of the Clean Water Rule to ensure that the interests of the municipal clean water community were aggressively represented, and will continue that close contact with the Agency as a new regulatory approach is put in place.  We will keep the membership updated on developments.
Back To Top
When autocomplete results are available use up and down arrows to review and enter to select.
Join NACWA Engage™ Careers Contact Us