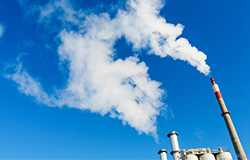 EPA has extended the comment period until March 29 for its proposed National Emissions Standards for Hazardous Air Pollutants (NESHAP) for publicly owned treatment works (POTWs).  This extension was a response to the request filed by NACWA on February 9.  The proposed rule is being evaluated by NACWA’s Air Quality Workgroup, which discussed the risk and technology review and new requirements with EPA during a conference call last month.  NACWA requested that the original February 27 comment deadline be extended to allow the Association and its members to collect additional information about the impacts of the rule on POTWs.  Since the proposal includes collection system emissions in determining whether a POTW is a major source of hazardous air pollutants, more POTWs could be affected by the rule than anticipated by EPA.  NACWA members who would like to contribute to NACWA’s comments on the proposal should contact Cynthia Finley.