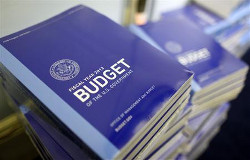 During its regular meeting with Office of Water leadership on February 23, NACWA and other water sector organizations were updated on the ongoing effort to bring the new administration up to speed on priority water-related issues.  Administrator Pruitt has already received one water-specific briefing during which he expressed an interest in key water issues, especially water infrastructure funding.  More briefings are planned in the coming weeks.

Acting Assistant Administrator for the Office of Water, Mike Shapiro, also provided updates on EPA’s budgeting process, noting that an outline of the FY18 budget request may be submitted to Congress as early as mid-March.  The Agency has not yet received its topline budget figures that it will need to work with to set its priorities for the coming year, but that figure will be the first indication of how steep the cuts may be to EPA’s budget. Recent reporting, however, indicates the Administration may seek a 25% budget reduction and a potential reduction in EPA staff from the current level of 15,000 to 12,000. How these potential budget reductions would impact the State Revolving Fund and water programs specifically remains unclear.

Two rules, the Methods Update Rule and the Dental Amalgam Separator Rule, are still caught up in the regulatory freeze.  EPA is beginning the internal process to get these vetted by the new administration.