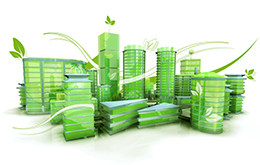 The Senate Environment and Public Works Committee (EPW) held its first oversight hearing of the year on February 8, with a focus on “Modernizing our Nation’s Infrastructure.” In light of the Trump Administration’s and Congress’ interest in improving the nation’s infrastructure, the hearing focused on the federal role in infrastructure investment and the merits of different approaches to funding and financing.

Both tax-credit financing and public-private partnerships (P3s) are often highlighted as potential solutions to the nation’s infrastructure backlog, but notably, neither received resounding support at the hearing. These types of financing were noted as having worked well in limited cases, but many Republicans and Democrats alike expressed concern that they won’t help address the majority of the nation’s most significant needs. Republican Senators focused on their limited usefulness in rural areas and for investments serving a small ratepayer base.

The importance of direct investments, the State Revolving Funds, and the municipal bond tax exemption were all highlighted, and the challenge of affordability for ratepayers and user fees was also raised by both parties. NACWA was encouraged that clean water was a significant focus in this broad infrastructure conversation.

NACWA staff will continue meeting with officials on Capitol Hill regarding these key issues as discussions advance toward potential tax reform, infrastructure legislation, and FY 2017 and FY 2018 Appropriations. If you have any thoughts or questions on these issues, please contact Kristina Surfus, NACWA Legislative Affairs Manager.