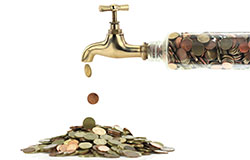 President Trump signed an Executive Order January 30, setting in motion his promise to repeal two regulations for every new regulation issued.  According to the Executive Order, for FY 2017, federal agencies must show that the incremental cost for any new rule will be zero, unless the rule is otherwise required by law, or if the Director of the Office of Management and Budget provides prior approval.  Starting in FY 2018, agencies must lay out any regulatory actions in the Unified Regulatory Agenda and Regulatory Plan, including the two rules that will be repealed to offset the cost of the new rule.  The definition of “rule/regulation” in the Executive Order is very broad and would likely include federal agency guidance documents and other policy statements.  However, the Executive Order also contains language stating that the order does not “impair or otherwise affect” the authority granted by law to an executive department or agency.  This language may allow agencies like EPA to have more room to issue regulations, given the authority provided by the Clean Water Act and other environmental laws.  NACWA is reviewing how this new order -- and others that discuss overall regulatory procedure and policy -- will impact current EPA actions and will provide more information as it becomes available.