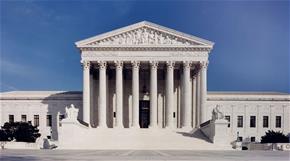 (September 11, 2018) - NACWA Member Agency the Maui County Department of Environmental Management filed a certiorari petition August 27 with the US Supreme Court for review of a February 2018 Ninth Circuit decision in a case addressing whether and when conveyance of pollutants from a point source through groundwater to Clean Water Act (CWA) jurisdictional waters triggers the requirement for a CWA Section 402 National Pollutant Discharge Elimination System (NPDES) permit.

In its cert petition, Maui argues that the Ninth Circuit’s decision is “plainly at odds with the statute’s text, structure, and history” and “exponentially subjects States, localities, Tribes, and millions of property owners to new liability and the prospect of crippling fines for activities that have long been regulated under other state and federal programs” such as the underground injection control permit program under the Safe Drinking Water Act.

NACWA will file an amicus brief in support of Maui’s petition later this month.

In a related development on August 28, Kinder Morgan, an energy infrastructure company, filed a cert petition to overturn a 2-1 Fourth Circuit decision that held it liable under the CWA for an underground pipeline leak that led to contamination of surface waters. Deferring to EPA statements from 1991 and 2001, the majority found that CWA liability may be triggered based upon release of pollutants to groundwater that has a “direct hydrologic connection” to surface water.

In its cert petition, Kinder Morgan argues “[t]he CWA reflects a deliberate choice by Congress to limit direct federal regulation under the statute to point-source discharges into navigable waters, and to leave the regulation of groundwater to the States. The decision below eviscerates that deliberate and fundamental distinction, and indeed embraces the very result Congress explicitly refused to authorize.”

NACWA has been closely involved in legal arguments over the applicability of the CWA to groundwater in recent months, including through Congressional testimony, and will be closely monitoring these two cases.  Any members with questions can contact Amanda Waters, NACWA’s General Counsel.