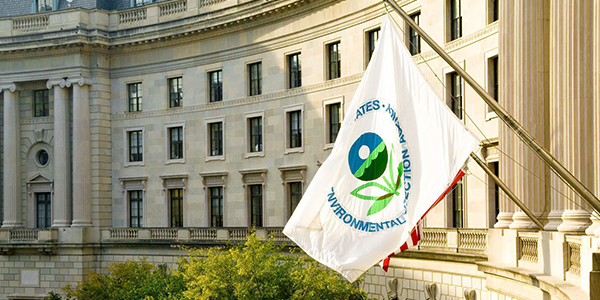 (April 17, 2018) - NACWA met with Dave Ross, Assistant Administrator (AA) for the Office of Water at EPA Headquarters on April 12, to discuss Ross’ priorities for his tenure at EPA, and for NACWA to provide a brief overview of some of the Association’s top issues.

Since taking office earlier this year – as the first Senate-confirmed AA in the Office of Water since February 2011 – much of Ross’ time has been consumed by work on the Waters of the US rulemaking effort and drinking water issues, including the Lead and Copper Rule (LCR) and polyflorinated compounds.  At the meeting, NACWA noted the Association’s interest in and engagement on each of those issues. Infrastructure funding – a top NACWA priority – has been and will continue to be a top priority for Ross as well. The issue of nutrients, and watershed and market-based solutions, will be another area for engagement with Ross in the coming months.

NACWA looks forward to working with Ross – whose in-depth knowledge of water issues will be a tremendous asset for the Agency and for public clean water utilities. Ross is set to address participants at the National Water Policy Fly-In on the afternoon of April 17.