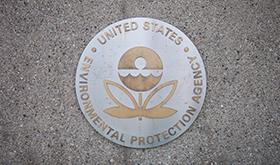 Since EPA changed course from a mandatory information collection effort based on its Clean Water Act Section 308 enforcement authority to a voluntary survey, NACWA members have been providing input to the Agency to help reduce the length and complexity of the questionnaire. The most recent draft of the survey is a dramatic improvement over earlier versions, but NACWA’s comments expressed lingering concerns with the burden estimates EPA has calculated as well as the content of some of the questions, including one that targets information on wet weather treatment systems.

In its comment letter, NACWA also reiterated broader concerns with the multi-year study and whether it will accomplish the goals EPA has set. NACWA will be discussing the survey and the Association’s continued engagement with EPA during its upcoming Winter Conference next week.