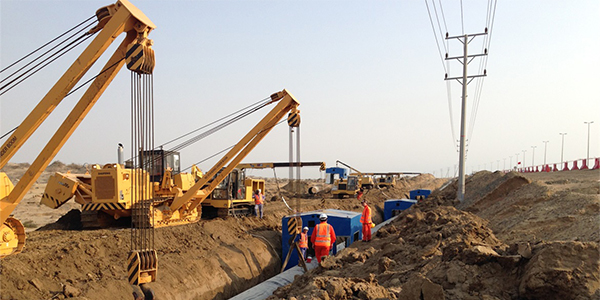 The House Problem Solvers Caucus Infrastructure Working Group has released its bipartisan proposal to improve our nation’s infrastructure--including several key NACWA priorities.  The Association has been working closely with the Caucus in recent months to ensure the proposal reflects NACWA’s top advocacy issues.

Some of the highlights of the proposal are: increased support for Clean Water and Drinking Water State Revolving Funds (SRF), a request for a 50-state review by the Government Accountability Office (GAO) of state CWSRF requirements, examination of the affordability strain on ratepayers, and a greater use of green infrastructure and innovative technologies.

NACWA appreciates Co-Chairs Congressman John Katko (R-NY) and Congresswoman Elizabeth Esty (D-CT), as well as the entire Caucus for their hard work on this bipartisan proposal and for the opportunity to work with them over the past few months to ensure wastewater infrastructure was a focal point.  NACWA also released a press statement applauding the Caucus’efforts.

The Caucus worked to find agreement on and release their bipartisan recommendations in advance of the anticipated release of a plan from the White House. NACWA thanks the task force for their leadership and will continue engaging with Congress and the Administration to advocate that these and other clean water priorities are a central piece of any infrastructure package.

In terms of timing for the White House’s infrastructure plan, it will likely be released following the President’s State of the Union Address on January 30. Administration officials briefed Senate Environment & Public Works Committee Members from both parties this week, highlighting their efforts and intentions to move ahead on infrastructure.