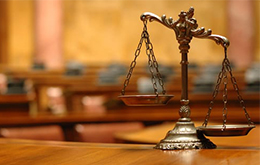 (October 24, 2017) - NACWA presented at the American Bar Association (ABA) Section of Environment, Energy, and Resources’ (SEER) 25th Annual Fall Conference on October 18, touching on several points of NACWA’s legal advocacy priorities. NACWA’s Deputy General Counsel, Erica Spitzig, moderated a panel discussion on judicial deference to agency rulemaking—“Is the Chevron Two Step Going the Way of the Jitterbug?”—which centered around recent caselaw and developments surrounding agency rulemaking, as well as the future of judicial deference.  The panel also answered audience questions regarding the likely impact that the confirmation of Justice Neil Gorsuch to the Supreme Court would have on the future of deference, and the potential of more stringent judicial review around agency rulemaking.

The ABA Fall Conference historically attracts a national audience of lawyers and environmental professionals, and explores the latest developments and emerging trends within the field of environmental law. The 2017 conference, held October 18-21 in Baltimore, MD, hosted over 300 registrants and featured discussions on a variety of environmental law issues, including the possible ramifications of the new makeup of the Supreme Court, and the Trump EPA, on environmental regulation.