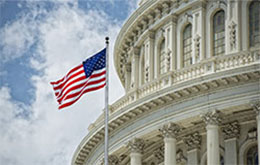 As healthcare and federal spending debates loom on Capitol Hill, Senate Majority Leader Mitch McConnell (R-KY) fast-tracked energy legislation straight to the Senate floor. The bill, entitled, S. 1460- Energy and Natural Resources Act of 2017, was introduced by the Senate Energy & Natural Resources Committee Chair, Lisa Murkowski (R-AK) and Ranking Member Maria Cantwell (D-WA).  The bill largely mirrors last year’s attempt at energy reform which passed the Senate and House, but was never reconciled between the two chambers, and did not pass into law before the end of the 114th Congress.  Undeterred, Sen. Murkowski is optimistic that the bill can advance quickly this Congress, potentially receiving consideration on the Senate floor before the August recess.

The bill includes several water-related programs that not only deal with energy efficiency, but also technological advancement and other Utility of the Future (UOTF) initiatives. In particular, the bill establishes the Nexus of Energy and Water Sustainability (NEWS) Committee, which aims to bring federal agencies together to collaborate on a variety of projects related to the energy-water nexus. In addition, the bill includes the Smart Energy and Water Efficiency Pilot Program, which incentivizes utilities to adopt innovative technologies to reduce energy consumption. Finally, the EPA WaterSense program is authorized under the energy bill to certify water-efficient home products and services, an authorization NACWA is working with members to review for potential impact on water quality.

While the bill does not have a House companion, reports indicate that the Senate committee leadership has been in talks with their House counterparts. NACWA will continue to monitor the bill’s progress and keep members updated. If you have any questions, please contact NACWA’s Legislative Director, Kristina Surfus.