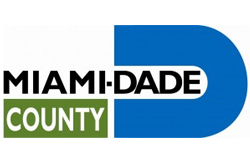 Aging and inadequate water infrastructure is a persistent issue throughout the country, and Miami-Dade County, FL is no exception.  Like many regions of the U.S., Miami-Dade’s water and wastewater systems are decades old and unable to support its current and future population.  Under the leadership of its Director Lester Sola, the Miami-Dade Water and Sewer Department (MDWASD) has seen exceptional progress on a cutting-edge plan—using Utility of the Future (UOTF) concepts—to improve and upgrade its water and wastewater systems.

As Miami expands, the growth of the population has forced MDWASD to meet ever higher levels of demand, and it used a combination of investment, technology and conservation efforts.

Conservation has played a key factor in MDWASD’s recent success, says Director Sola in an interview with the Municipal Water Leader.  “We invested heavily in conservation and are now reaping the benefits by reducing our daily per capita water use from 155 gallons to 141,” even as the population grew.  In this, education has been a big part of the improvement strategy, as MDWASD partnered with schools and community organizations to teach the importance of conserving water.  They’ve established rebate programs to encourage customers to upgrade showerheads, toilets, and other appliances with more efficient one.

With an ambitious 15 to 20-year capital improvement plan, MDWASD aggressively pursued grants, state revolving loans, Water Infrastructure Finance and Innovation Act (WIFIA), and a number of other creative finance and investment options to increase funding levels, while keeping customers’ rates lower than in neighboring counties—an important goal for Sola, as this, he says, will keep the area attractive for businesses and industries that consider moving to Miami-Dade.  The Capital improvement plan directly led to, among other things, a $10 million water main installation project that improved and expanded reliability; and upgraded CIP projects—replacing decades old water lines with new 16-inch water lines and additional fire hydrants—to improve city fire suppression capabilities.

MDWASD also put in place a project for desalination and development of the Floridan aquifer, while working to remove two ocean outfalls—replacing them with deep-water injection—in order to meet a mandate of using up to 60 percent of reclaimed water, while not redistributing that water to residents.  With its move away from the coastline, MDWASD looks to protect the ocean and mitigate sea-level rise.  It will also build a new plant near wetlands to do filtration and recharge of the Biscayne aquifer.

Through it all, Sola says, Clean Water Advocacy has played a major role.  “A lot of investment is required to have the kind of infrastructure needed for growth,” Sola explained, as he referenced his efforts to get his Board, mayor and government involved in the projects. “Wastewater services cannot be the sole responsibility of counties or utilities. The issue is too important for the state and Federal Government to not be involved, we need them to work as partners to provide these services.  Financing, regulatory reform, and any other tool that state and federal legislators can provide us [is] vital.”