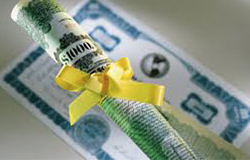 NACWA supported a “Dear Colleague” letter in the House of Representatives, which congressional members could sign to support the preservation of tax-exempt municipal bonds. The letter, addressed to leadership of House Ways and Means—the chief federal committee with authority over tax-related issues—was part of NACWA’s campaign urging its members to reach out to their congressional representatives.

NACWA is pleased to report that the bipartisan letter received a total of 156 Congressional signatures – a very strong showing from members of both political parties, which is crucial to preserving this critical, long-standing financing tool for state and local governments. NACWA thanks its members who urged Congressional Representatives to sign this important letter.

However, with tax-reform discussions just getting underway, this issue is far from settled, and NACWA urges members to continue raising the issue—particularly in Hill visits taking place during Water Week 2017!