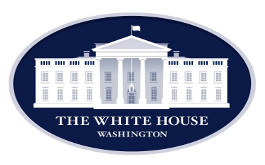 Building on his promise to reduce federal regulation, President Trump further unveiled his plans for regulatory reform via an Executive Order issued February 24. The E.O. directs each federal agency to designate a Regulatory Reform Officer to "oversee the implementation of regulatory reform initiatives" and to form a Regulatory Reform Task Force that will work to identify which existing rules should be repealed, replaced or modified.

The timeframe laid out in the E.O. – with initial progress reports due from each task force in 90 days – means that this effort will move quickly. NACWA is well positioned to engage in these discussions. Since last November, NACWA has been working with its Board and committee leadership to identify opportunities to advance its advocacy objectives with the new administration. The new E.O. specifically directs each Regulatory Reform Task Force to "seek input and other assistance...from entities significantly affected by Federal regulations, including state, local and tribal governments."


Staff and its member leadership foresaw this action in advance even of this E.O., and created a workgroup of its members to shepherd a process through to develop a white paper with recommendations on regulatory improvement. As a result, NACWA will be ready to provide valuable input into this effort.

NACWA will keep membership informed as work progresses, and will continue to actively track legislative developments on the regulatory reform front for opportunities to advance the Association's interests
Back To Top
When autocomplete results are available use up and down arrows to review and enter to select.
Join NACWA Engage™ Careers Contact Us