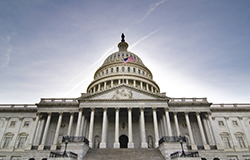 The first substantive hearings on infrastructure in the 115th Congress are getting underway.  The House Transportation & Infrastructure Committee held a hearing February 1 to solicit testimony from business and labor groups regarding infrastructure investment. Discussions included the role of the federal government in providing sustainable long-term funding and the opportunities and limitations presented by public-private partnerships and private activity bonds. Rep. Bob Gibbs (R-OH) highlighted the opportunity for integrated planning to help advance water infrastructure projects. Manufacturers also noted how crucial reliable water infrastructure is to businesses around the country.

In other action last week, the Senate Environment and Public Works Committee took a key step toward approving Oklahoma Attorney General Scott Pruitt to head the EPA by advancing his nomination to the full Senate. The nomination passed the Committee on an 11-0, Republican-only vote, after a Democratic boycott to prevent a quorum, and a subsequent decision by Republicans to suspend the rules and move to vote. Democrats took issue with what they viewed as insufficient answers to their questions of Mr. Pruitt, while Republicans viewed their questioning as excessive. Since only a simple majority is required to approve a nomination on the Senate floor, it is widely anticipated that Mr. Pruitt will be confirmed.

Looking ahead, on Wednesday, February 8, the Senate Environment and Public Works Committee will focus its first substantive hearing this year on “Modernizing our Nation’s Infrastructure.” NACWA is submitting potential water infrastructure questions at the request of Committee leadership and will attend the hearing. The hearing will be live-streamed and is open to the public (More details here).

Also this week, on Tuesday, February 7, the House Science Committee will hold a hearing titled, “Making EPA Great Again.” The hearing will examine EPA’s process for evaluating and using science in regulatory decision-making. This hearing will also be live-streamed and open to the public (More details here). NACWA staff are planning to attend. For more information on these congressional developments, contact Kristina Surfus.